What do you do when hope has been deferred much longer than you ever anticipated and in the meantime, the fulfillment of other significant desires is teeter tottering? Well, sometimes you become inept at not sweating the small stuff. Or at least I do. 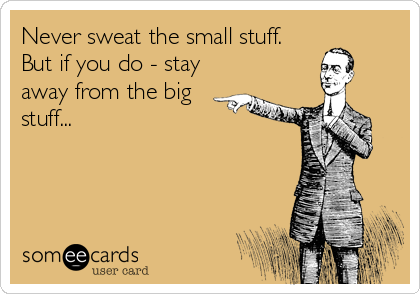 A few weeks ago we were being assigned our spot/row to stand for our chorale concert. A few of my fellow soprano II’s were moved to the alto side where I have commonly stood as well, but this time I wasn’t moved. I thought to myself – “I wanna stand over on that side with some of my buddies…” so I causally made my way to that side amidst the hustle and bustle of others being placed in their spots. I thought that maybe they wouldn’t notice or if they did, they would be cool with it. Nothing was said at first, but a few minutes later,  it was noticed that there was a hole where I had once stood and they asked me to go back and fill it. Fair enough. I just thought I’d give it a try

– Yet as I returned to my initial spot, feeling a little disappointed that my attempt failed, I actually felt tears welling up in my eyes.

Cue internal thought process – “Why am I getting emotional over this? It’s not that big of a deal! I enjoy the people on the soprano side too. What is wrong with me?!”

When that sinking, defeated feeling falls weightily upon me, I have to figure where it is coming from. What is it that I am believing about this or that situation that is deflating me? Why am I suddenly sweating the small stuff? I’m usually so in control – calm, cool, and collected. I’m like the Mona Lisa – she’s always just chilling with her pleasant little face.  So what narrative is being written in my room of thoughts that stirs up the emotions that cause me to almost cry over something so very very small?

These are some questions worth asking when our emotions seem to run the show in not so great ways.

As I stood in my original spot amidst the lovely sopranos, hoping my glossy eyes were going unnoticed, these questions ran through my head. Why is this deflating me? 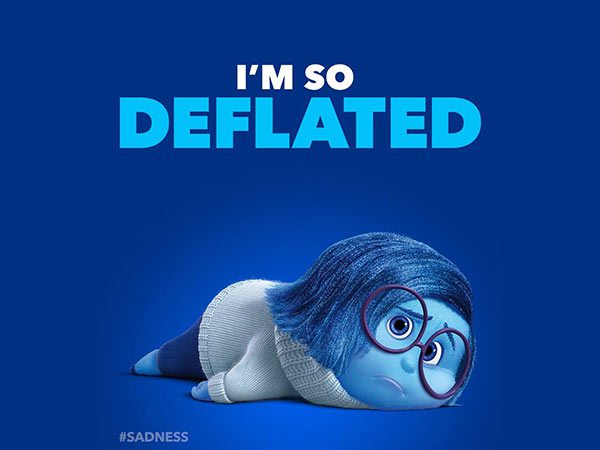 And then it hit me. Brewing in my room of thoughts was a narrative that said “God has not given me favor in getting pregnant. I’ve been given so many no’s. He is withholding this from me.” And suddenly my capacity to be cool with not getting others things I want, even relatively small things, was limited. Frumpy blue Miss Sadness (from Inside Out) was speaking up and I found her saying – “I’ve haven’t gotten this, so don’t also take this away from me.”

We put our first ever offer in on a house the other day. Great home, around the block from where we currently live, and a great price. While nervous, I felt excited about the possibility of owning our first home. There were multiple offers and a bidding war ensued. Ultimately, we didn’t get the house. I told myself, “It’s ok. Something else will come along…”, but a part of me felt so let down. And again the thought crept in my mind – “I haven’t gotten this, so don’t also take this away from me.” Wah Wah…

“Am I being punished? Why are things not working out easily? Have I done something to deserve this?”

Who’s voice is that? Where is this victim mentality coming from?

Ok, so I’m figuring out the narrative of thoughts that are causing me to pout, but now what?

There is a room in my mind where many good things reside. A comfy couch of faith. A fireplace of truth. A lamp of hope. A coffee table of love. Yet in a dusty corner of the room resides something sinister. It waits to pounce when I experience disappointment. When the undesired news, or unchanged circumstances pop up, this thing likes to strike. It whispers lies to try and put out the flame of truth in the fireplace. It tears at the couch of faith to stir up unbelief. It knocks over the lamp of hope to bring in darkness and despair. It smashes the coffee table in an attempt to drive out love and set up bitterness.

I rebuke that sinister spirit by the authority and power of Christ. Get out of my room.

My Father of Lights withholds no good thing from those who walk uprightly. He does not punish. He is not cruel.  He is good. He is wise. He loves me as a His daughter. He has not given me a stone when I needed bread. Will we face trials? Yes. Will He be with us in them? Yes. Is His grace sufficient? Yes.

Today, I feel like some significant desires of my heart have not been met. At the forefront – growing our family. I’ll try not to let big or small disappointments become a tipping point while this season carries larger hopes deferred. I may fail at that a few more times, but that will be an invitation to enter back into the room where good things reside. The room where faith, hope, love, and truth live. I may need to stoke the fire, fluff up the couch, put a fresh bulb in the lamp, and polish the coffee table. As I draw near to Him, He will help me do all those things. He helps me in my time of need. 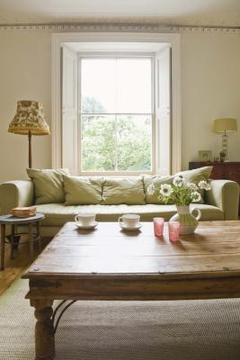 Joseph in the Old Testament, who I’ve written about more extensively in this post, may have asked similar questions as his life brought him first slavery and then prison for many years – “Why can’t I just get ahead? I’m trying…” – Yet, he remained faithful to God and in the end he said this to those who had betrayed him, “You intended to harm me, but God intended it all for good. He brought me to this position so that I could save the lives of many people.” Genesis 50:20

If you are in a season of facing one or many unmet desires, I feel ya. I fully acknowledge that I have tons to be thankful for and I will focus my gratitude on those things. The hopes deferred still make the heart sick, but let’s lean into gratitude and take claim over the room in our minds where our narratives are written.

And if you get a little sweaty whether over the big or small, hang in there. Tomorrow’s a new day.